Derroll Adams is foolin’ around 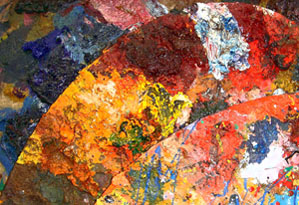 It’s raining cats and dogs and how could it be otherwise, when we venture a text about Derroll... he, whose voice reminds us of the grey of the sky or a rainbow, after the image of the colours on the steps of his house in Antwerp, where the previous tenant, on a creative whim, had let himself go. A rainbow that was supposed to accompany the children from daytime to bedtime at night.

Leaving behind a continent, those you love, the memories of the camaraderie of a dreamed-of duo with Jack Elliott (as Bob Dylan put it), of leading a life of bohemianism; these are the necessary dose of melancholy for a sensitive nature, for the sensitive skin of the artist. This melancholy hangs over Derroll Adams’ work like a visible and audible haze. He incarnates it, with a tired and worn-out body, with an endeared and vulnerable gaze, with his tattoos and, above all, with his voice.
Can one imagine a warmer melancholic voice, than Derroll Adams’? I can’t! The voice is inseparable from the image, the identity of someone. Mick Jagger exudes the blues of lust and opulence; Howlin’ Wolf is a rock ... the beauty of a voice in its rawness, that’s Muddy Waters; it flows from smiling and reeling in cotton fields; it’s like the perfect representation of Jimi Hendrix’s impetuosity; one can hardly imagine, in that voice, as in Derroll’s, any other sound. All these vocal strings are the exact representation of the legend in reality. Derroll Adams embodies the legend; even if it does not translate into popularity with the masses.
In this respect, he rather ranks among the losers, a description we do not like, but which is the only representation for those whose talent calls them to fame. The soul does not always reflect the right ranking and this is the case with Derroll. He ranks among the losers who have conquered eternity, not far from Townes Van Zandt or Johnny Thunders (you just have to consult the annals of rock for that). 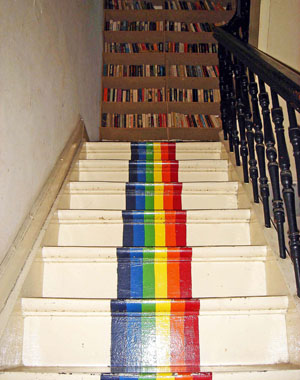 Derroll never doubted his talent. And celebrated singers like Donovan or Allan Taylor were there to confirm it. But he never wanted to exploit his talent or put it in the hands of a manager, who would boast of the Derroll Adams product. It is a choice he made, at the expense of fame, but one that offered him freedom. And freedom is what Derroll wanted to be all his life, even at the cost of his commitment to women and children. He manifestly wanted his life to run according to the whims of everyday life. So we see his political commitment alongside Pete Seeger or his association with Jack Elliott, who brought him to England. Above all, his freedom had to take precedence and he preserved it by finally settling in Belgium.

In Belgium, Derroll quickly makes true friends out of his admirers. Antoine Courtmans was one such person; an unforgettable friend who came to us through his love of music and the chance meeting of people among themselves. He loved to evoke Derroll as the one who fascinated him most as the embodiment of the genre of American folk music.
Derroll told him of his origins, of his own childhood, and for Antoine that was like an open book by Steinbeck, who tells the story of the power of love against the backdrop of the Great Depression. Those who knew him were certainly like Antoine: fascinated and all too happy to have such a talent in their midst.

Outside the musical circuit, Derroll always retained a love of drawing and painting. It is also Antoine Courtmans who led us to get to know this side of his creative personality. His artistic tastes were shaped by an academic education at the Reed College Art School in Portland, Oregon. The watercolour landscapes and colour pencil drawings testify to his knowledge and skill, enriched by great technical skill and sensitivity to light. In the course of an afternoon with Danny, we discovered Derroll’s second artistic nature, through the drawings, sketches and paintings on canvas, in notebooks and notebooks. Very quickly you come to realise that it is not just his academic training that speaks to you, but the personal touch, the inner voice that parallels the wistfulness of his voice. The subjects, the colours and the atmosphere reflect this.

While the realistic and rather academic subjects are set in the light of day, the compositions, inspired by the inner voice, are mostly set in the nocturnal. Derroll Adams was fascinated by nightlife, which gave him the energy for concerts but also the warmth of lit fireplaces on a winter night. The depiction of reality no longer satisfied him; the painter wanted to descend into the psychological darkness of the human being. He painted the backdrop or the mysterious depths of being. These alienating scenes come across as present and absent. They deepen into the solitude of the inner being and the expression of a persistent sense of loneliness. In Derroll’s words, “all the characters running around in their own world; strange world, strange people.” And to use a musical metaphor, Derroll’s painting confronts us with the inextricable mystery of harmony and dissonance. This mysterious side shows itself in Derroll’s enduring fascination with the tarot and its enigmatic nature, its penchant for fatality.

The world of music requires physical and mental commitment; one must be oneself and protect oneself at the same time. It is also for this reason that Derroll says that working on a pictorial composition is akin to a concert for an audience. An explanation that reflects his artistic integrity; the performer of his songs is the same as the creator of a painting. The rendered self is the true character, both in his musical and pictorial creation. No Dr Jekyll and Mr Hyde in his case. No split personality!

He sang and painted a universal form of folklore that transcends prevailing fashions and eras. “Just foolin’ around” he succeeded in being completely Derroll Adams.

Carine Fol is Doctor of Art History, curator, and member of AICA.

(English translation from Dutch by DeepL.)